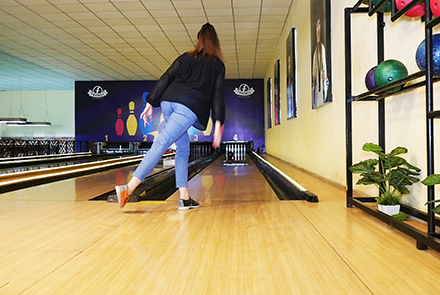 Bowling is gaining interest among both men and women in Afghanistan; however, it is still a fairly new sport in the country and is not known to many.

The federation of this sport was established for the first time in 2018 under the National Olympic Committee in the country.

Every day, a large number of girls go to Kabul bowling clubs.

Shamayel Alkozai has been bowling for the past four years and she is a member of the national team.

“Bowling is a very interesting sport; I have been playing this sport for almost four years.

After the Bowling Federation was formed, I was able to become a member of the national team after competing in several competitions,” said Alkozai.

She says that in the beginning she only played bowling for fun, but after learning the sport professionally, she is now a member of the women’s national bowling team, and her dream is to compete in world competitions.

The two were ranked 33rd in the competition, which was attended by 52 countries. The national bowling team then competed in the Kuwait Asian Games with two female and three male athletes and their good performance was noted.

Since the establishment of the Bowling Federation, several tournaments have been held across the country.

Bowling Federation officials say young people are increasingly interested in the sport, and they have plans to promote the sport in the country.

Currently, more than 100 athletes bowl professionally in three areas of the country, and competitions are held each year to select players for the national team.

Shpageeza Cricket League to Begin in September in Kabul