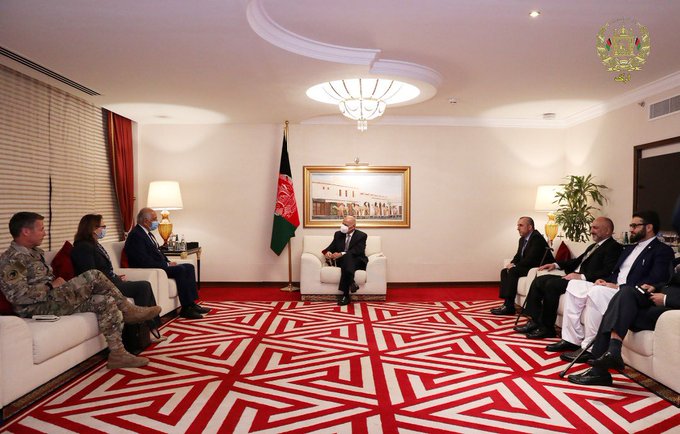 It was quoted in a statement by the Presidential Palace reading that President Ghani met with Ambassador Zalmay Khalilzad and General Austin Scott Miller in Doha, the capital of Qatar, discussing the latest on the Afghan peace negotiations.

During the meeting, both sides reiterated the importance of intra-Afghan talks and the peace opportunity to bring the country’s war to an end, said the statement, adding the U.S. envoy and Gen. Miller affirmed their support for the Afghan peace process.

Both sides pressed for a significant reduction in violence, leading to a permanent and comprehensive ceasefire, the U.S. envoy and President’s office said in similar statements.

Following his trip to Kuwait, President Ghani arrived in Qatar on Monday and met with government negotiators in its capital.