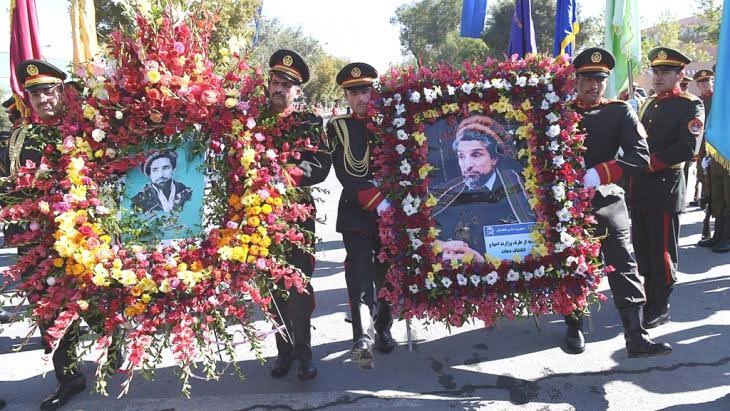 Afghan politicians, leaders and government officials on Tuesday commemorated Martyrs’ Week and the 19th anniversary of a top anti-Taliban commander Ahmad Shah Massoud’s assassination by laying a wreath at the Minaret of Resistance in Massoud Square in Kabul.

Massoud was a leading anti-Taliban commander who fought against their regime. He was killed on September 9, 2001 by suicide bombers in Khawaja Bahawodin area of the northern Takhar province, just two days before the attacks against the United States on September 11.

As the already-delayed intra-Afghan negotiations have yet to begin, Dr. Abdullah Abdullah, Chairman of the High Council for National Reconciliation, said at the ceremony that the talks were imminent to take place between the government negotiating team and Taliban.

“…we want an end to chapter of hostility with the Taliban,” Dr. Abdullah said.

The Taliban, however, said the process of releasing the group’s prisoners has yet to complete. Thus, the intra-Afghan talks would begin after the Afghan government set free all the prisoners of the insurgent group.