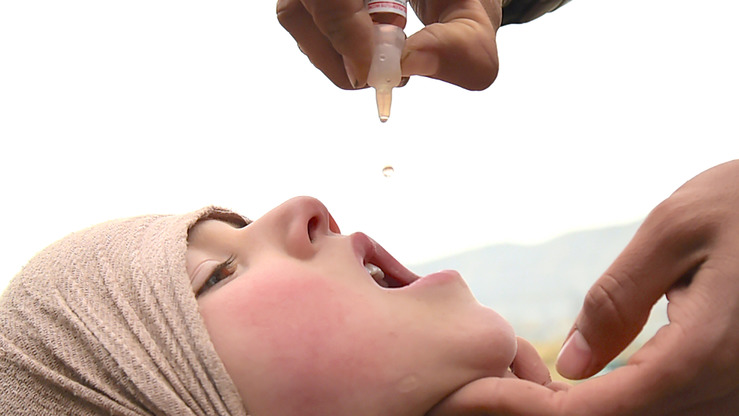 Nearly 80% of Afghan children are deprived of polio vaccinations as COVID-19 continue to halt the process of vaccination and cause thousands of children miss them, Herat’s health department told The Killid Group.

Mohammad Rafiq Shirzai, a spokesman for the health department in the province, expressing concern over the vaccination campaign house by house, said that due to a spread of the novel coronavirus and remoteness of healthcare facilities in some parts of the province, nearly 80% of children miss their polio drops.

Mr. Shirzai stressed the importance of polio vaccination, saying a halt in the process can lead to a surge in the number of disease cases.

A number of Herat’s Provincial Council, similarly, expressed deep concern over a pause in the process of polio vaccination in the province, calling it a threat to the lives of Afghan children.

Mahdi Hadid, a member of the council, acknowledged to The Killid Group that a failure in implementing the polio campaign would have unimaginable consequences.

Mr. Hadid was confident that media could play an influential role in encouraging people for the implementation of the polio vaccines aimed at eradicating it.

A number of healthcare experts, however, maintained that to help combat the coronavirus pandemic and meanwhile the polio disease, the Afghan Public Health Ministry should consult and exchange views with the World Health Organization (WHO).

A failure to manage [the fight against two life-threatening diseases] could be damaging, said Dr. Nesar Ahmad Musadeq, a medical expert.

According to the data provided in the ongoing year, as many as 14 cases of polio were detected and registered in Afghanistan, of which one of the cases was recorded in Shindand district of Herat province.