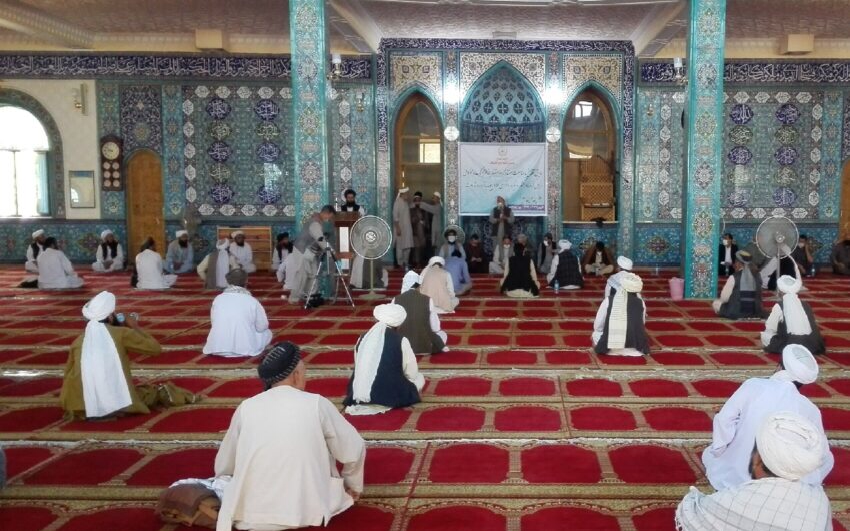 In the gathering, the religious figures in the province called the target killings of clerics as acts against Islamic and humanitarian values, urging the warring parties to end killing civilians and religious scholars.

Mawlawi Mahmoud Daneshju, Head of Hajj and Religious Affairs Department in Balkh province called on the security forces to put efforts to ensure security of the worship places and put a stop to serial murders.

He was confident the assassination of prominent figures was a great loss for the country, saying it undermines the Afghan peace process.

Mohammad Hussain Ziaiee, one of the province’s clerics, meanwhile, accused foreign countries spy agencies for being responsible for the recent terror attacks, saying these countries are aiming to falter the Afghan peace process.

Ali Akbar Khalili, another religious figure of the province, appealed to warring sides to join the peace process and end killing innocents.

Since early May, a number of Afghan clerics and religious leaders have been attacked on mosques in the country, inflicting casualties to dozens of civilians too.

A ramp up in the target killings of religious figures has been worrying the rest of Ulema and clerics in the country. They called on security authorities to take serious measures in an attempt to curb the attacks on worship places and put an end to the murder of innocents.