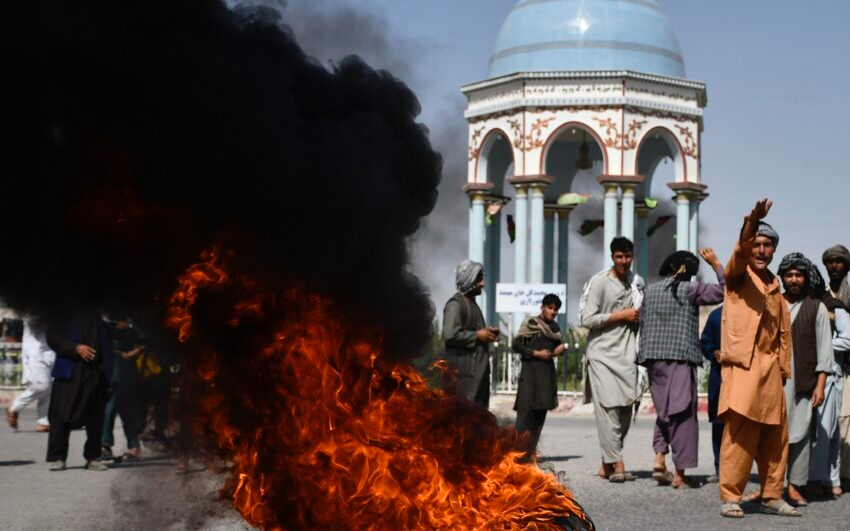 Four members of a single family were killed in a drone strike in the northern Balkh province, local officials said.

The attack took place on Wednesday night, leaving four civilians, including two children, a man and a woman killed, and six others injured, residents of Wazirabad confirmed to TKG.

Dozens of Wazirabad residents took to streets on Thursday morning, leaving the dead bodies of the victims on the Mazar-Sheberghan highway; they blocked the main road and burned tires.

Later, the bodies were taken in front of Balkh governor’s office and demanded the government to bring the perpetrators to justice.

Munir Ahmad Farhad, a spokesman for the provincial governor, confirmed the casualties, adding that steps will be taken to ensure that the perpetrators are brought to justice.

It comes as a short time ago the residents of Balkh province had took to streets and protested after air raids left dozens of civilians killed.