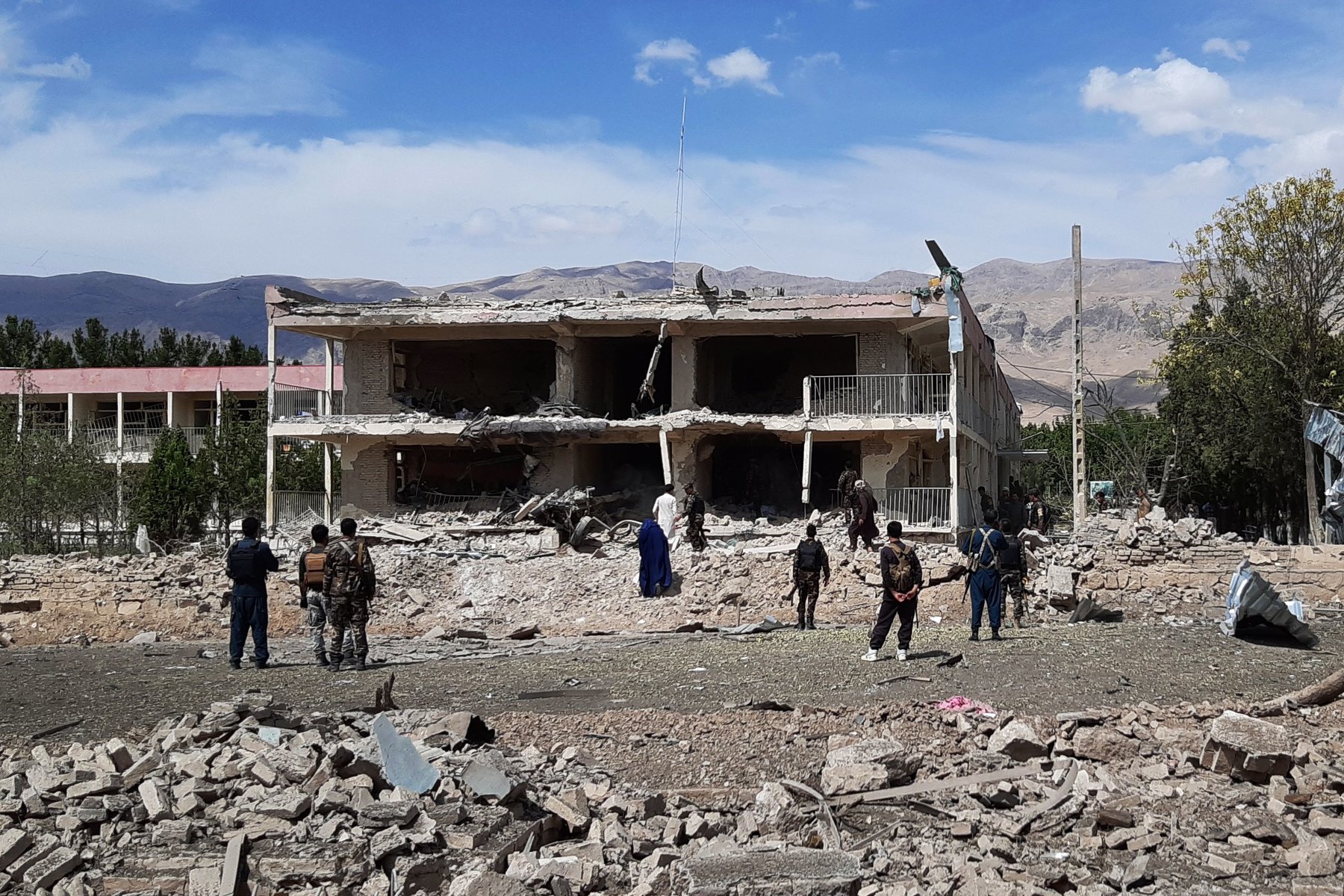 Afghan President Mohammad Ashraf Ghani condemned the attack in Samangan on a spy agency’s office, accusing the Taliban of trying to have an upper hand ahead of any negotiations.

In a Twitter thread, the U.S. envoy Zalmay Khalilzad also voiced condemnation over the Taliban’s attack on the spy compound in north of Afghanistan and said the attack “contradicts” the Taliban’s “commitment to reduce violence.”

The attack has also drawn strong condemnation from the Afghan National Security Council, the Resolute Support and social media users as well as from across the political spectrum.