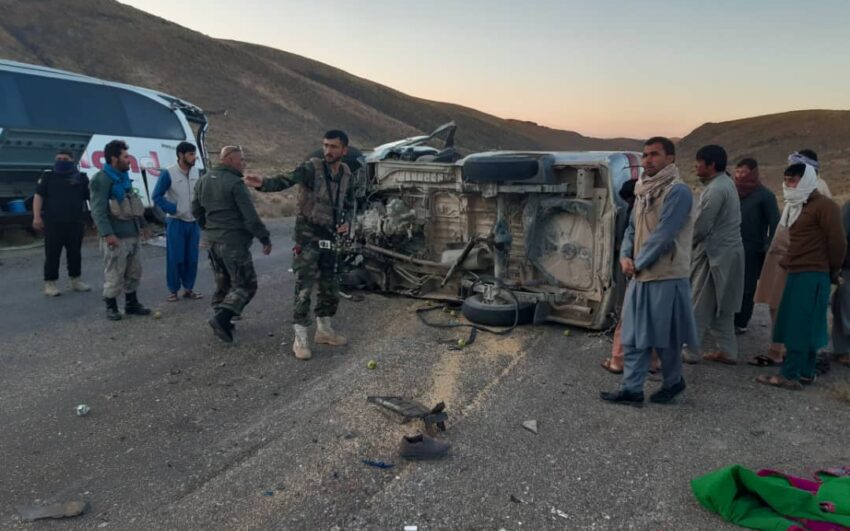 A spokesman for the provincial governor, Jailani Farhad, confirmed to The Killid Group that today morning a vehicle collided with a passenger car in Herat’s Adraskan district, leaving ten killed and six others injured.

There were three women among those pronounced dead, the governor’s spokesman said.

Two people injured in the accident were in critical health condition, according to the source.