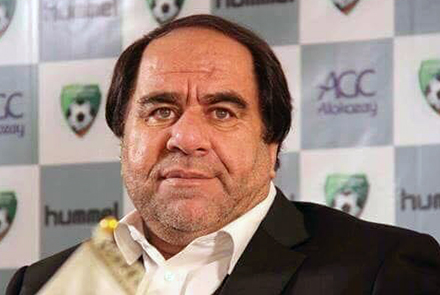 President Ashraf Ghani made a comment on Tuesday about the arrest of the former head of Afghanistan’s Football Federation, Keramuddin Karim, which sparked strong reactions, including accusations that he is politicizing the case. Ghani, during an international conference in Kabul, called on the people of Panjshir, and Abdullah Abdullah–the head of High Council of National Reconciliation–to expel Karim from the province. Karim has been fined and banned from working in the Afghan Football Federation for allegations of sexual assault and embezzling funds.

“I call on the people of Panjshir and Dr. Abdullah to expel Mr. Karim from the valley or assist the security forces to enforce the law of the land,” said Ghani in speech on the second day of Senior Officials Meeting (SOM) in Kabul on Tuesday.

Legal experts have criticized Ghani’s statement and said that the president should instead order the security and legal and judicial institutions to arrest Karim and bring him to justice, saying there is no justifiable reason for calling on Abdullah Abdullah and Panjshir residents to assist.

Experts said that Ghani’s demand demonstrates the government’s inability to enforce the law.

“We call on the president of Afghanistan to assess all cases of corruption and deal with the thieves of the national treasures in line with the law. At this stage, it is not important that we deal with the legal and judicial cases politically or make them ethnic,” said Faraidoon Khawzon, a spokesman for Abdullah Abdullah.

“I think the government has no control on its territory politically or militarily,” said Mohammad Younsu Fakoor, a political expert in Kabul.

“This indicates the weakness of the security institutions,” said Rohullah Sakhizad, a legal expert in Kabul.

“Panjshir is not a separate territory, its part of this country and it has always been very cooperative,” said Ainuddin Bek, a civil society activist in Panjshir.

Meanwhile, Mohammad Alam Ezedyar, the deputy of the Afghan Meshrano Jirga (senate) accused Ghani of dealing with the issue politically and called his statement on Karim shameful.

“We strongly support the rule of law. As a representative of the people, I do not see why it is important to mention the people of Panjshir,” said Azamuddin Mirzayee, head of Panjshir’s provincial council.

“(His) statements during an international conference–the demands of the people of Panjshir to hand over a suspect–are irresponsible and unfortunate. The people of Panjshir never opposed the rule of law and will not do so in this case,” said M Mohammad Alam Ezedyar, the deputy of the Afghan Meshrano Jirga.

Despite several attempts, Afghan News reporters were not able to get a comment on the issue from Abdullah Abdullah.

When the accusations against the Afghan Football Federation officials were brought to light by the Guardian news agency in November 2018, the Ministry of Interior banned Karim and other high-ranking AFF officials from traveling. President Ashraf Ghani promised on December 4 to have the sexual assault allegations investigated.

Karim was the governor of Panjshir province during the Karzai administration and served as Chief of Staff at the Ministry of Defense for Mohammed Qasim Fahim. Karim is not only wanted for his sexual assault of Afghan girls, but also for embezzling federation funds.

In November 2018, girls claiming to be victims of Karim’s sexual abuse told the Guardian that Karim had a fingerprint-locked room with a bed in his AFF office and would rape girls there. One rape survivor said “he took a gun, his gun, put it on my head and said: “See what I have done to you? I can shoot you in the head and everywhere will be your brain. And I can do the same with your family. If you want your family to be alive you should keep quiet.”