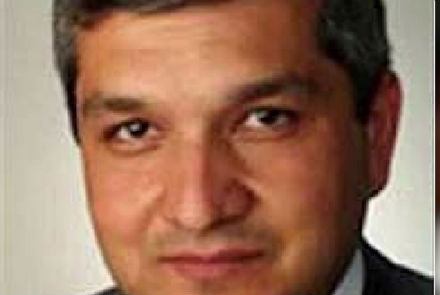 Experts said that the appearance of Dawi outside of jail is a violation of the law.

Central Bank officials have confirmed that Dawi came to the bank on Monday.

However, Dawi’s defense lawyer said that Dawi was authorized to visit the Central Bank based on an official letter from the Kabul Bank Settlement Commission.

“Major corruption cases are either not assessed or (suspects) are not arrested,” said Arash Shahirpour, a legal expert in Kabul.

“We can take Ghafar Dawi and Khalil Frozi’s cases as clear examples, their case is very big, but they are let out of jail, which is a violation of the law,” added Shahirpour.

“The arrival of a criminal in the Central Bank and in the office of the bank’s governor is very surprising. The responsible institutions should investigate this and share the outcomes with the people,” said Naser Taimoori, a researcher of Integrity Watch Afghanistan (IWA).

Back in November 2017, the Anti-Corruption Criminal Justice Center’s (ACJC) appellate court sentenced Abdul Ghafar Dawi, head of Dawi Oil Ltd, to over six years in prison after he was found guilty of corruption and embezzlement relating to fuel contracts.

According to the court’s decision, Davi and Ghiyasi also have to repay over $21 million USD to the government.

Dawi’s case not only involved himself and his deputy, but also the former administrative head of the transport ministry, Abdul Razaq Zulalai, who was sentenced to two-and-a-half years in prison.

Dawi and his deputy were also found guilty of charges of embezzlement in fuel contracts, ignoring court orders and failure to pay taxes.