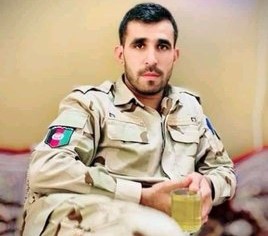 Local officials in southern Afghanistan announced the death of a police officer in Helmand’s seventh district.

A police officer of Lashkargah’s PD7, named Naqibullah, was killed in a roadside explosion targeting his convoy on Sunday, said Omar Zwak, a provincial governor’s spokesman.

A bodyguard of Naqibullah was also wounded in the blast, according to the spokesman.

The Taliban claimed responsibility for the attack.