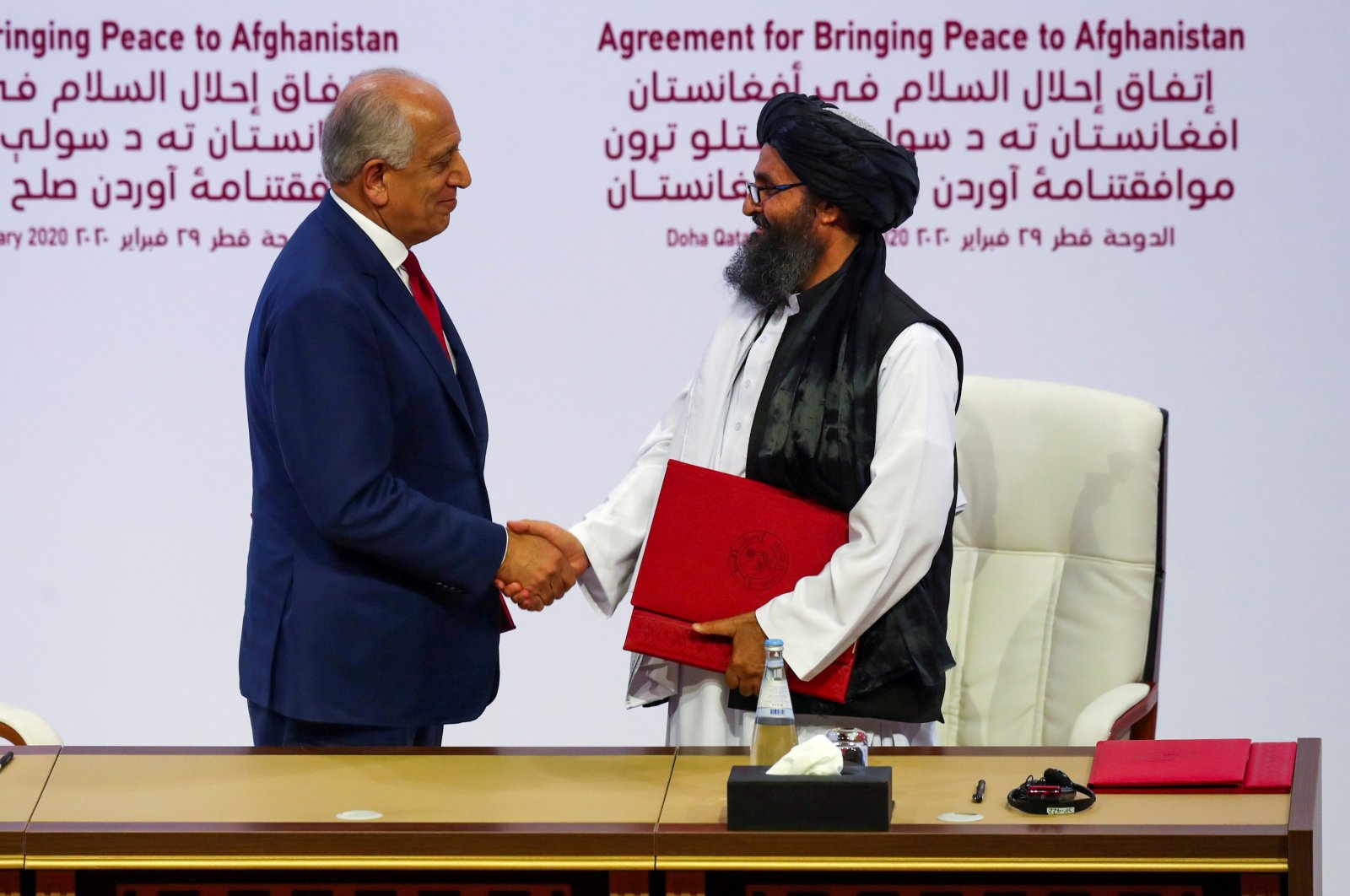 
Mullah Abdul Ghani Baradar, the leader of the Taliban delegation, and Zalmay Khalilzad, U.S. envoy for peace in Afghanistan, shake hands after signing an agreement at a ceremony between members of Afghanistan’s Taliban and the U.S. in Doha, Qatar on Feb. 29, 2020. (Reuters Photo)

The U.S. special envoy Zalmay Khalilzad held a meeting in Doha with the head of the Taliban Mullah Baradar and other officials, said Mohammad Naeem Wardak, a Taliban spokesman, to discuss the implementation of the Doha agreement, calling it “significant for the resolution of Afghanistan issue.”

According to the spokesman, they also discussed the “steps taken” after the agreement signed on late February.

For a better implementation of the peace pact, it is necessary to proceed in line with the “text and content” of the agreement, the Taliban spokesman, Mohammad Naeem Wardak, further added.

The intra-Afghan negotiations, the result of an agreement between Washington and the Taliban, are to begin after the Taliban negotiators agree to rules and procedures as well as an agenda for the peace talks with a team representing the Afghan government.