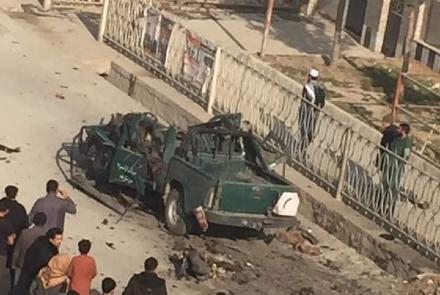 A police vehicle was targeted by bomb explosion in Despechari area near the eleventh district of Afghanistan’s capital Wednesday morning around 8:04, said police spokesman Ferdaws Faramarz.

Following that another explosion targeted a police vehicle in the twelfth police district of Kabul city, the spokesman said.

At least two police officers were killed and for others wounded in the blasts, Mr. Faramarz said.

There was no claim of responsibility for the attacks.