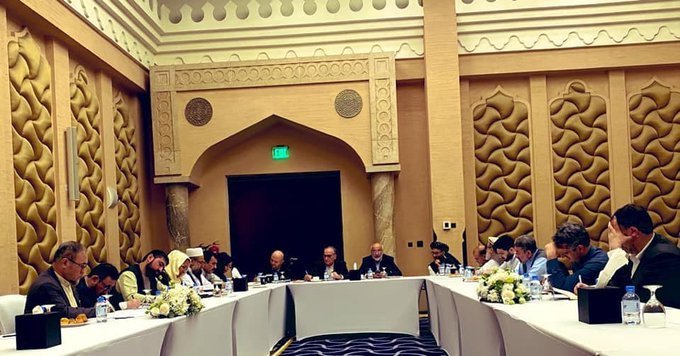 Negotiators from the Afghan government and Taliban met yesterday to work out to finalize the rules and procedures of the peace negotiations, said a top negotiator of the government, Nader Nadery.

“Contact groups of both delegations held a meeting today and discussed to finalize Rules and Procedure,” Mr. Nadery took to Twitter, “The meeting lasted almost 4 hrs. These discussions will continue moving forward,” he continued.

He meanwhile spoke at a press conference on Monday, September 28, saying efforts were ongoing to finalize discussions on two disputed issues laid out by the Taliban, after which another important issues—ceasefire and end of violence—will be discussed at the negotiating table.

A spokesman for the Taliban’s political office, Mohammad Naeem Wardak, also said in a tweet that contact groups of the Afghan government and the Taliban met yesterday at 6:00pm, working out to agree to rules and procedures, which is yet to be finalized.

These long-awaited intra-Afghan talks are aimed at ending nearly two decades of war in Afghanistan. They were first scheduled to begin on March 10, but were repeatedly delayed due to the disagreements over the controversial prisoner swap process.