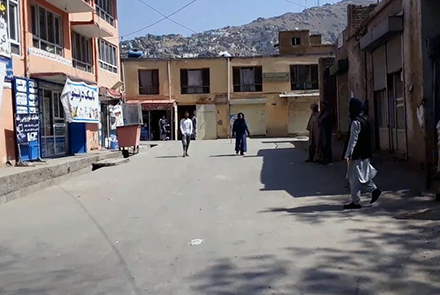 Two gunmen shot and killed a policeman and wounded two other police in Kabul city on Monday, eyewitnesses said.

The incident happened in Deh Mazang square in Kabul city. Two gunmen started shooting at the police and then fled, according to eyewitnesses.

“The gunmen were walking in the area and fled after the incident,” eyewitnesses said.

The victims were taken to a nearby hospital.

Local police officials have not yet commented on the incident.

No group has claimed responsibility for the attack so far.