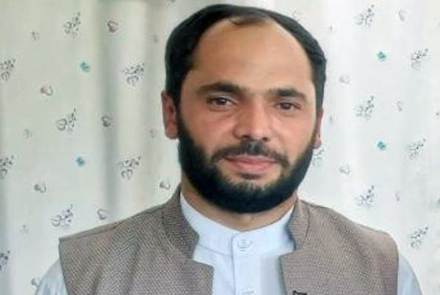 Abdul Shayeq Shoresh, spokesman for the Kapisa Police said that the incident occurred 8:00 am in the morning when Shah was on his way to his office and was attacked by unknown gunmen in the “Afghanha” village of the PD1 area of the province.

Shoresh said that the perpetrators were riding a motorbike and fled the area.

Police are investigating the incident.

So far no group, including the Taliban, has claimed responsibility.

On Monday five employees of the Attorney General’s Office working in the Bagram justice and detention center were killed by armed men on their way between Kabul and Bagram.

US envoy Zalmay Khalilzad in a tweet condemned the attack and called for an investigation to find the perpetrators.

Khalilzad also called on both sides to not be deterred and to take the steps necessary to reach intra-Afghan negotiations, “where a comprehensive ceasefire and a political settlement can be negotiated as quickly as possible.”

President Ghani in a statement condemned yesterday attack on AGO’s employees and called the attack a crime against human and Islamic values. Ghani also said that the Taliban must stop violence and accept the will of the Afghan government and people to end the war and bring lasting peace.