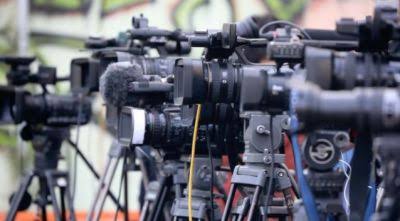 Homayoon Nazari, head of journalists safety committee in west of the country, say a number of officials and media activists believe the media law amendment approved by the Afghan cabinet is a move toward limiting the press activities.

Planning the media law amendment, authorities in the journalists safety committee in west of Afghanistan say the views of mass media, media trade unions and the Afghan Journalists Federation weren’t added to the act.

Mr. Nazari urges for a revise in the media law amendment, adding some certain restricting contents must be removed from the act.

A number of journalists in Herat province call the media law amendment act a step toward depriving individuals of their rights to free speech.

The regulations contradicts the government’s commitment toward media, journalists in Herat say, adding that the act threatens one of the country’s greatest achievements within the past years.

The journalists call on government to relinquish the act of the amendment of media law.

Hamid Momen, executive director of NAI/Supporting Open Media in Herat, on the other hand, believes that amending the content of the law wouldn’t be challenging.

Media activists can utilize other steps to support media in case they see threats, he adds.

Jailani Farhad, a spokesman for Herat’s governor, meanwhile, speaks to TKG, saying that Herat’s Local Authority for Journalists will provide necessary facilities for the media to access information.

The government will not take any illegal action, Jailani continues.

The media law amendment act which is approved by the government’s cabinet is set to be sent to the Afghan Parliament for approval.

According to officials and media support organizations, the proposed amendment act contradicts the Articles 7, 34, 120 and 122 of the Afghan Constitution and imposes tough restrictions on media and journalists activities.