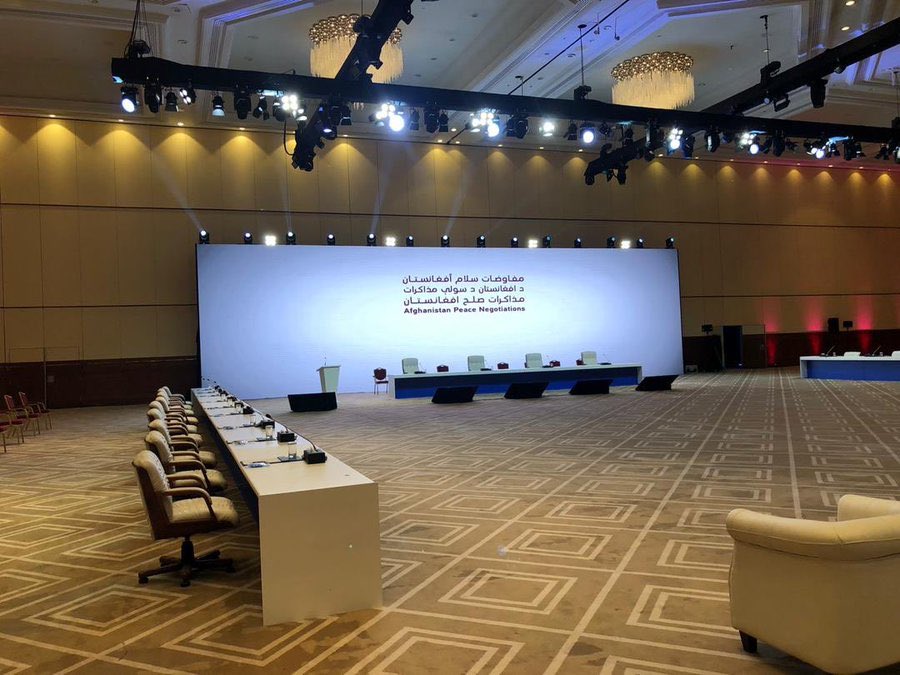 The first formal talks between the Afghan government and the Taliban began with an opening ceremony on Saturday 12, a day after the government negotiating team left Kabul for the Qatari capital of Doha where the talks were scheduled to begin.

The main speakers at today’s opening ceremony were Dr. Abdullah Abdullah, who is head of the Afghan High Council for National Reconciliation, the deputy leader of the Taliban political office Mullah Abdul Ghani Baradar and U.S. Secretary of State Mike Pompeo.

The talks follow the February’s agreement reached between the United States and the Taliban on the withdrawal of U.S. troops.

Under the U.S.-Taliban deal signed on February 29, the intra-Afghan talks were scheduled to begin on March 10, but were stalled due to the disagreements over the controversial prisoner swap process.

The Afghan government, according to the agreement, was set to release 5,000 Taliban prisoners, while the group to free 1,000 government forces it was holding as captives.

The Afghan government released all of the Taliban prisoners except for 400 “most dreaded” inmates of the group. The government initially objected to release those 400 Taliban prisoners who it blamed for high-profile attacks, but in August, it began to free the final batch of 5,000 Taliban prisoners, after the Afghan consultative Loya Jirga, or the grand assembly, in a 25-article resolution approved the release of them.

Meanwhile, there were at least six high-value prisoners of the Taliban whose release were strongly objected to by key American allies France and Australia. Despite their objections, those six Taliban prisoners were released and then transferred to Qatar just two days ahead of the talks.

These prisoners, according to sources, will remain under house arrest in Qatar.

The direct negotiations, where the two warring sides will sit come to a face-to-face negotiating table for the first time, will start on Monday, September 14.