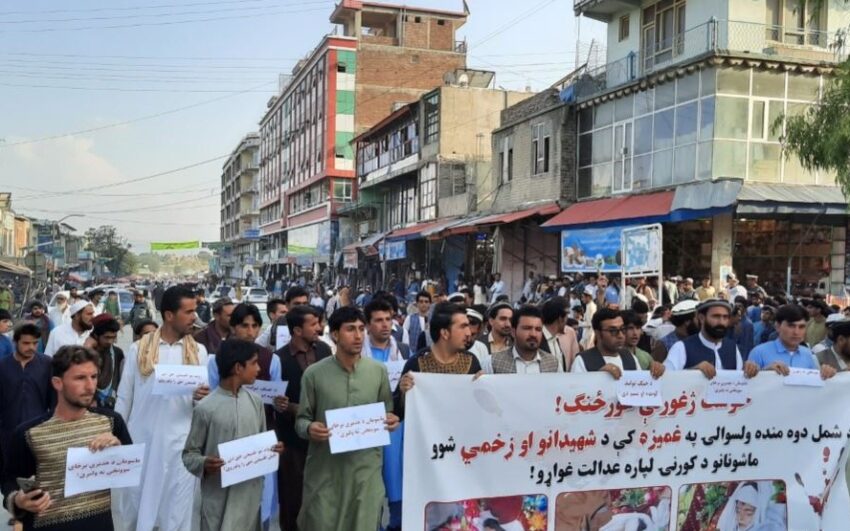 Nasratullah and Khairullah, two of the protesters issued their condemnation to the recent attacks in the eastern Khost as well as to yesterday’s deadly assaults in Helmand province, calling on warring parties to be careful of the lives of civilians.

Rafiq Weqar and Abdul Razaq, another two protesters denounced the human rights activists’ silence in the wake of civilian casualties.

They called on the international community to take step against the killing of Afghans.

Khost residents gathered to protest a day after two blasts in a cattle market in Helmand province left 23 killed and another 15 wounded.