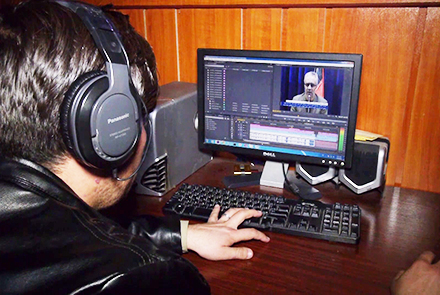 The media community on Friday again condemned the proposed amendments to the media law by the Afghan government, saying that at this juncture, there is no need to amend the media law and that the government’s move is only an attempt at censorship.

On Thursday, Sediq Sediqqi, a spokesman for President Ashraf Ghani, said that the government had no intention of imposing restrictions on media outlets.

Sediqqi also tweeted: “The president saw the letter of media expressing their concern over proposed amendments; which were not finalized, to our mass media law, and instructed me and Waheed Omer to open a discussion with the media. The government is strongly committed to our free media and will remain so.”

Concerns over a possible amendment have gained momentum in the four days since at least 20 Afghan media outlets and media-supporting organizations in an open letter to Ghani raised their concerns about the possibility of restrictions on the media and on the freedom of speech due to government-proposed amendments to the mass media law that was enacted in  2006.

“We see in the proposed plan the involvement of the minister of information and culture, the head of the committee on media violations and the head of the high council of media–the freedom of National TV has been questioned,” said Sediqullah Tawhidi, the CEO of Journalists Safety Committee.

“Undoubtedly there are certain circles within the government who want to suffocate press freedom through the proposed amendments, this indicates censorship of media in the country,” said Mohammad Elham, director general of Rah-e-Farda TV.

“The discussions which are held between the Ministry of Information and Culture and a number of media outlets, the logic of these discussions is to support press freedom and this shows the circulation of information,” said Latif Mahmoud, deputy spokesman to President Ashraf Ghani.

The letter mentions that the proposed amendments are in contravention of Articles 7, 34, 120 and 122 of Afghanistan’s Constitution.

The 6 chapters and 59 articles of the mass media law have been approved by the cabinet and are expected to be sent to the parliament for approval. However, some amendments suggested by the government on at least 13 articles of the law have sparked a strong backlash from the Afghan media.

Article 34 of the constitution says, “freedom of expression shall be inviolable” and “every Afghan shall have the right to express thoughts through speech, writing, illustrations as well as other means in accordance with provisions of this constitution.”

It also says that “every Afghan shall have the right, according to provisions of law, to print and publish on subjects without prior submission to state authorities.”

The letter by the Afghan media says that many of the amended articles of the mass media law are in contravention of article 19 of the international declaration on human rights that guarantees the freedom of speech without restrictions.

Article 6 of the mass media law says Journalists shall have the right to avoid disclosing their source of information, except when a competent court orders the disclosure. But the amended draft says that the source of information can be disclosed to government institutions such as police, NDS and the Attorney General’s Office.

The amendments suggest before and after publication censorship, and the letter in protest states that government institutions have provided “unnecessary” and “vast” authority to the government’s monitoring organizations, some advantages and rights of media and journalists have been excluded and the independence of the National TV has been questioned – among other restrictions and amendments.

Paving the way for more censorship of media work, obtaining new licenses for the use of foreign publications, and facilitating the abolition of media work licenses are other activities that are considered restrictive of media work in the country.