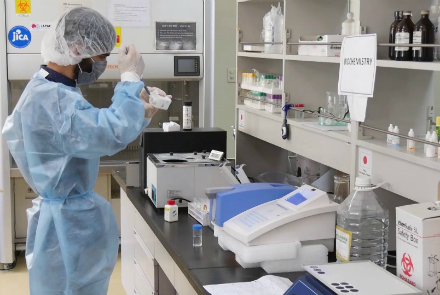 The Afghan Ministry of Finance announced the allocation of 500 million afs for the “Emergency Committee to Prevent the Outbreak of Coronavirus,” but a source told AfgarishNews that so far “only 50 million afs” from the amount pledged by the government has been spent by the committee in the past four months since the funds were made available.

The source said that the 50 million afs has been spent on health services and administrative capacity-building programs.

A member of the Afghan parliament meanwhile said that a lack of capacity within the government institutions limits the spending of the money.

“The main part of the money will be spent on the purchasing of medical supplies for COVID-19 hospitals, which will be determined by the Ministry of Public Health. It means that around 200 afs will be used in buying medical equipment and medical supplies,” said Naser Mehri, a spokesman for the Kabul governor.

“We are gravely concerned about this–the money should be spent in the areas we need, particularly in the health sector,” said Azim Kibrzani, a member of parliament.

The Afghan government has allocated another 3 billion afs for the provinces.

But the Independent Directorate of Local Governance (IDLG) has so far not commented on the 3 billion afs allocated by the Afghan government for the province in their efforts against tackling COVID-19.

The IDLG previously said that it had spent 2 billion afs from the total amount. But it has not given any details where the money has been spent.

“The money was allocated and spent in the provinces, but we hope that there will be transparency and fairness in the spending of the money so that it can reach the needy,” said Ahmad Bashir Samim, the head of Badakhshan’s provincial council.

Up till now, the Afghan government and the international organizations have spent $150 million in the fight against the coronavirus. Of the $150 million, $38 million was spent by the Ministry of Public Health.

The Ministry of Public Health on Friday reported 276 new positive cases of COVID-19 out of 932 samples tested in the last 24 hours. The ministry also reported eight new deaths and 132 recoveries.

According to data by the Public Health Ministry, so far 69,558 samples have been tested and there are 19,462 active cases of the coronavirus in the country.