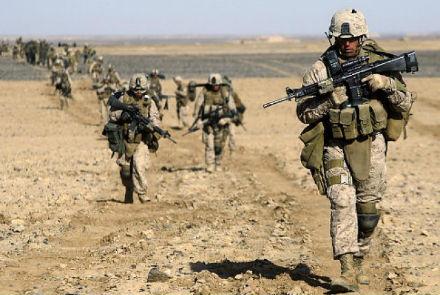 The US Pentagon chief spokesman Jonathan Hoffman said in a statement Tuesday that US troops have withdrawn from five military bases and reduced the size of its forces in Afghanistan as part of the agreement reached with the Taliban in February, The Hill reported.

“US forces in Afghanistan remain in the mid-8,000s and five bases formerly occupied by US forces have been transferred to our Afghan partners,” said Hoffman.

“We maintain the capabilities and authorities necessary to protect ourselves, our allies and partners, and US national interests,” he said, adding that “We will continue to execute our counterterrorism mission while simultaneously supporting the 38-nation NATO Resolute Support Train, Advise, Assist mission and Afghan National Defense and Security Forces (ANDSF) as they work to secure peace in the country.”

On Tuesday, a US official in Kabul speaking on condition of anonymity, told Afghan News that five bases were vacated by US troops in Afghanistan–in compliance with the US-Taliban peace agreement–in Helmand, Uruzgan, Paktika and Laghman provinces.

US troops in the country have been reduced to 8,600, according to US reports.

The US continues “our counter terror fight against groups like ISIS (Daesh) and al-Qaeda while also providing training, funding and supplies to ANDSF through the NATO RS mission,” said a US forces spokesman in Afghanistan on Tuesday.

The US-Taliban deal signed on February 28 in Doha has remained unimplemented in some parts of the agreement, such as a reduction in violence and intra-Afghan negotiations, which should have happened 135 days after the accord. The intra-Afghan talks have not begun and violence has not been reduced.

Monday was the 136th day after the peace deal was signed. The agreement initially raised hopes among the Afghan people and political elites who believed it would lead the country towards negotiations.

The Afghan government has blamed the Taliban for not implementing their commitments, saying the movements by the group should be scrutinized after the peace deal.

The prisoner exchange between the Afghan government and the Taliban has been a halting and complicated process that has delayed the intra-Afghan negotiations. It should have happened 10 days after the peace deal, according to the agreement.

According to the agreement, the Taliban has been asked to cut their ties with terrorist groups such as al-Qaeda, but a Pentagon report released earlier this month said al-Qaeda’s regional affiliate in Afghanistan maintains “close ties” to the Taliban and has an “enduring interest” in attacking US troops.