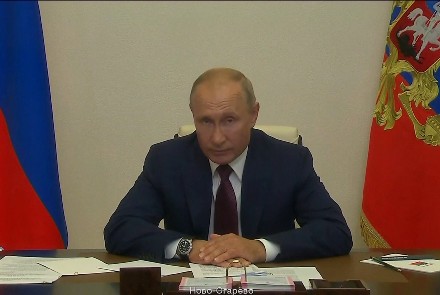 Russian President Vladimir Putin on Friday signed a decree ordering amendments that would allow him to remain in power until 2036 into the country’s constitution after the reform was approved by Russians in a week-long nationwide vote.

“We made this important decision together, as a country,” he added.

According to the document released by the Kremlin on Friday, the amendments will come into force on Saturday.

The changes allow Putin to run for two more six-year terms after his current one expires in 2024, a provision outlaw same-sex marriage, mention of “belief in God as a core value” and emphasize the primacy of Russian law over international norms.

Putin proposed the reform in January and insisted on putting it up to a vote after it was approved by the country’s parliament and rubber-stamped by the Constitutional court, even though it wasn’t legally required.

The vote was initially scheduled for April 22 but postponed because of the coronavirus pandemic.

The balloting concluded on Wednesday amid widespread reports of pressure on voters and other irregularities.

Kremlin critics have denounced the results of the plebiscite – 78% of “yes” votes, with a nearly 68% turnout – as falsified and undermining the regime’s legitimacy.

Republicans Back Sale of TikTok’s US Ops to US Company

US Records Over 25,000 Coronavirus Deaths in July