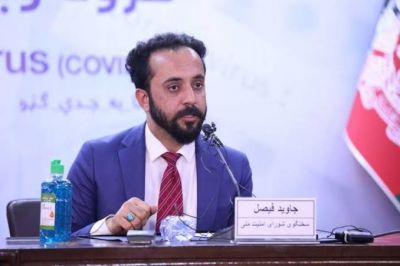 Javid Faisal, a spokesman for the Office of the National Security Council wrote on Twitter, saying, “On average, the Taliban has carried out 44 attacks and killed or wounded 24 civilians everyday in Afghanistan since the Feb. 22 reduction in violence week.”

Earlier on February 22, a seven-day reduction in violence was agreed ahead of striking a peace pact between the United States and the Taliban movement. In a week-long reduction in hostilities, the U.S., Afghan and Taliban forces committed not to carry out offensive operations.

Mr. Javid meanwhile continued, “The success of the Doha deal & peace in Afghanistan requires an immediate reduction in violence & the start of direct talks”.

Afghanistan saw a wave of violence in the recent weeks, with the insurgents stepping up their attacks against military forces and civilians.

The last week of the third month of the Solar Hijri calendar (Khordad/Jawza) was announced as the “deadliest” week in the country’s 19 years of conflict, figures the insurgents dismissed.

The Taliban carried out 422 attacks in 32 provinces during the “deadliest” week, killing 291 security force personnel and wounding 550 others, according to Security Council’s data.

Ghani forms a ‘women council’ in Palace to ’empower’ women