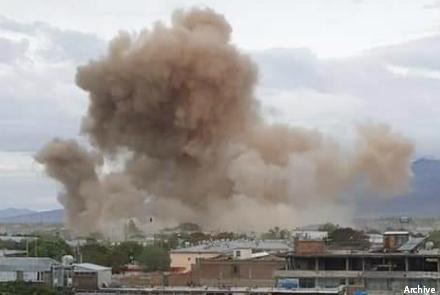 Six civilians were killed on Wednesday in a roadside mine blast in Jawzjan province, local official said.

Marouf Azar, spokesman for Jawzjan governor, said the incident occurred in Farok Qala village of Muradyan district when a rickshaw was hit by mine.

Two children and woman are among the dead and one other child was wounded in the incident, Azar said.

While Azar blames the Taliban for the mine, the Taliban have not commented on the incident.

Last month the United Nations Assistance Mission in Afghanistan (UNAMA) raised serious concerns over a surge in the number of civilian casualties in the country and urged the Afghan warring factions to end hostilities and engage in intra-Afghan talks.