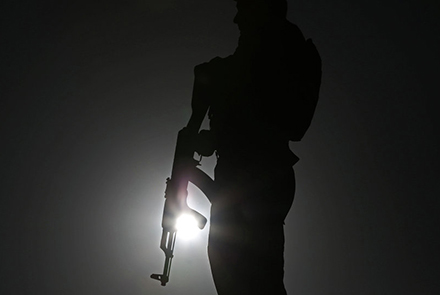 At least six policemen were killed and one was wounded in a Taliban attack in northern Balkh province on Monday night, local officials said on Tuesday.

The attack took place in Peyazkar village in Chahar Bolak.

The Taliban attacked a security checkpoint and clashed with the security forces, said Munir Ahmad Farhad, a spokesman for the provincial governor.

“The clashes continued for more than three hours,” Farhad said, adding: “The Taliban has also suffered casualties but there is no exact information yet.”

However, officials at Abu Ali Sina hospital in Balkh said, “seven bodies have been brought to the hospital and five others were wounded.”

The Taliban has not yet commented on the attack.