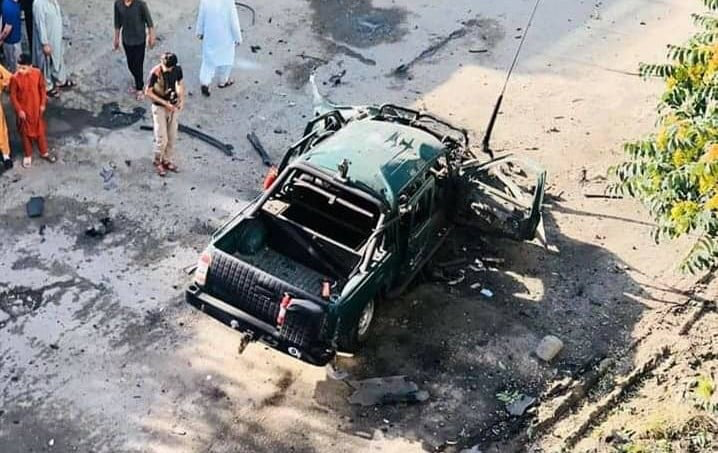 Early today morning at around 7:21a.m., a sticky mine placed in a police vehicle blew up in Kabul city’s PD11, Khairkhana, Ferdaws Faramarz, a spokesperson for provincial police chief told TKG.

At least one civilian and a an Afghan policeman were injured as a result of the explosion, Faramarz added.