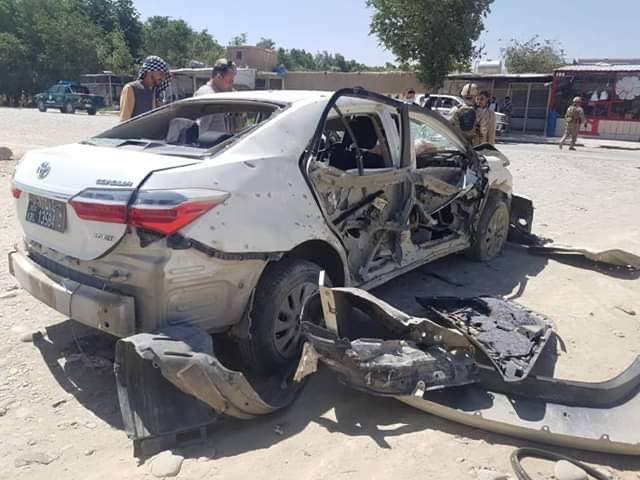 The Afghanistan Independent Human Rights Commission in a statement confirmed two of its employees have lost the battle for their lives to the blast took place in the capital Kabul.

The blast took place today at around 7:45am in Kabul’s Pul-e-Charkhi area, said Ferdaws Faramarz, a spokesman for the provincial police chief.

The police chief’s spokesman put the toll at two dead, including a women, who were on way to office.

No group or individual has so far claimed responsibility for the attack.

Attack on a vehicle of AIHRC’s employees in Kabul province, eastern Afghanistan, which resulted in two of the commission’s employees, has been strongly condemned by UNAMA, saying “…There can be no justification for attacks against human rights defenders” and an immediate investigation is needed with perpetrators bring to justice.

The Amnesty International also condemned the attack on AIHRC employees, saying an immediate and effective investigation into the attack must be carried out with the perpetrators held to account.

The U.S. Embassy to Kabul’s Chargé d’Affairs Ross Wilson called the attack “unacceptable”. “We call on all those who love Afghanistan to break this cycle of violence and death, to end the impunity and indignity of such attacks on the Afghan people, and to work for peace,” Mr. Wilson said.

The NATO’s Senior Civilian Representative, Mr. Stefano Pontecorvo, likewise, condemned the attack on AIHRC’s employees in strongest terms, saying: “Appalling news of the killing of the employees of AIHRC today. I strongly condemn the attack targeting human rights advocates who work to protect the Afghan people.”

Patricia Gossman, Associate Asia director for Human Rights Watch called the attack “cruel” and “shocking”, adding, “There can be no justification for such a crime.”