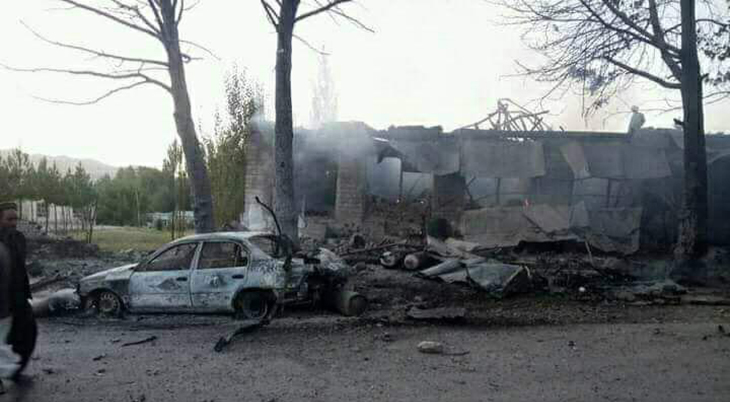 A motorbike rigged with explosives went off yesterday around 5:15pm in Kalafgan district of Takhar province, after which fire erupted due to nearby gas explosion, Jawad Hijri, a spokesman for the provincial governor told Afghan News.

At least two people were killed and 20 others wounded, said Mr. Hijri, five of the people who were wounded had critical injuries.

Mr. Hijri said, according to the preliminary investigations, the blast targeted the district police chief of Kalafgan, Khair Mohammad Timor, but he has survived the attack.

No armed group has so far claimed responsibility.