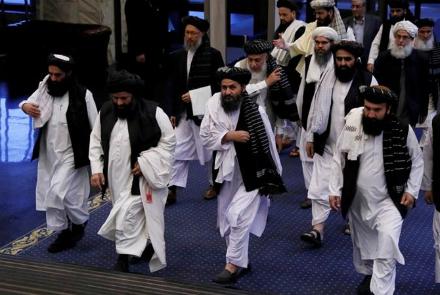 The Taliban and US delegations discussed via video conference Intra-Afghan talks and other related issues to Afghanistan on Monday. Taliban’s political office spokesman Suhail Shaheen said.

Shaheen said that Taliban deputy Mullah Baradar and his delegation spoke with US Secretary Mike Pompeo via video conference, discussed foreign troops’ withdrawal based on the Doha agreement, prisoners release, intra-Afghan talks and reducing the level of fighting.

According to Shaheen, during the conference Mullah Baradar said that, the foreign troops withdrawal should be take place on a timetable.

The US Secretary Mike Pompeo acknowledged that the Taliban “has lowered the war graph by not attacking cities and major military bases, but that the war graph should be further reduced by all parties,” Shaheen said.

According to Shaheen, Mullah Baradar called on the US Secretary of State to release Haji Bashar from a US prison, as well as the remaining Afghan detainees at Guantanamo Bay.

During the meeting Mullah Baradar urged Taherian to deal with Afghan migrants in Iran “based on Islamic brotherhood.”

Shaheen quoted Mullah Baradar as saying: “We are committed to all the provisions of the agreement. Once our prisoners are released, we are ready to start intra-Afghan talks.”