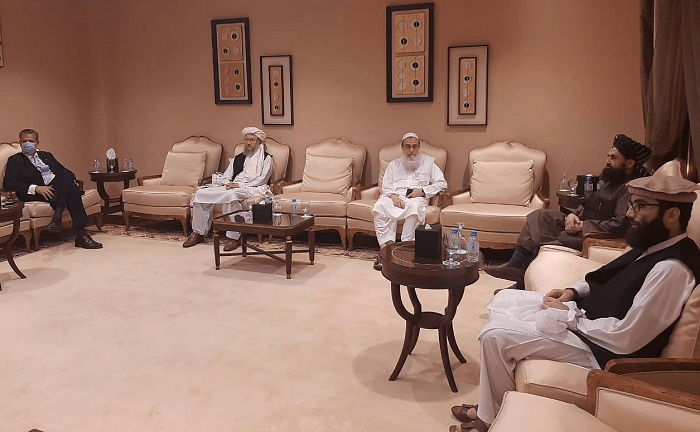 “The meeting covered the current situation of Afghanistan, a reduction in civilian casualties and the peace process,” he said in a thread on Twitter.

The spokesman for the Taliban’s political office in Doha also said on Twitter that the meeting discussed the importance and implementation of February’s agreement.

The already-delayed intra-Afghan negotiations, the result of an agreement between Washington and the Taliban, are to begin after the Taliban negotiators agree to rules and procedures as well as an agenda for the peace talks with a team representing the Afghan government.