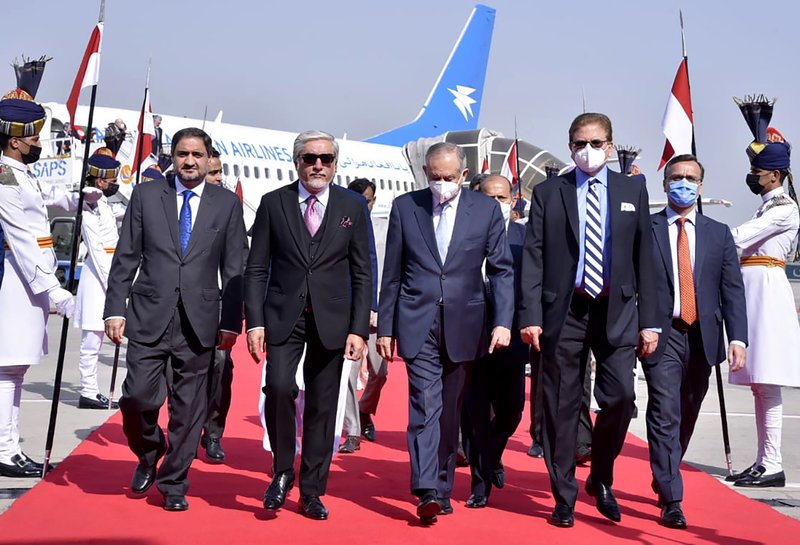 
In this picture provided by Pakistan’s Ministry of Foreign Affairs, Abdullah Abdullah, chairman of Afghanistan’s High Council for National Reconciliation, second left, is accompanied by Pakistani officials upon his arrival at Nur Khan airbase in Rawalpindi, Pakistan, Monday, Sept. 28, 2020. Afghanistan’s top official in negotiations with the Taliban arrived in Pakistan’s capital Monday on a three-day trip during which he will meet with the country’s prime minister and other government officials. (Ministry of Foreign Affairs via AP)

According to a statement issued on the Facebook page of Dr. Abdullah Abdullah, chairman of the High Council for National Reconciliation, the Afghan top negotiator will meet with the neighboring country’s prime minister and other government senior officials.

“The Afghan peace process is of paramount importance for both and its success ensures socio-economic prosperity for all,” Mr. Qureshi said on Twitter. “Dr. Abdullah’s visit further strengthens the amity & fraternity between our countries.”