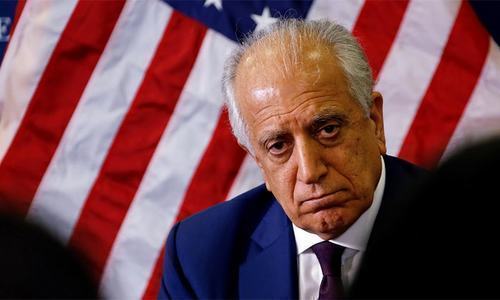 The U.S. special envoy for Afghanistan Zalmay Khalilzad has demanded that all sides should significantly reduce violence, as peace talks between warring parties already began in the Qatari capital of Doha.

“Over the last few days, there has been a clear rise in violence in Afghanistan. This escalation is regrettable as Afghans, including many civilians, are losing their lives,” said Ambassador Khalilzad in a tweet.

“Given the recent start of Afghanistan Peace Negotiations, it is imperative all sides reduce violence significantly,” he continued.

Days back on Saturday, September 12, the opening talks between the Afghan government and the Taliban began in Doha, capital of Qatar, aimed at ending nearly two decades of war in Afghanistan.

Both sides’ delegations met and created contact groups to decide rules and procedures for the talks.

Negotiators from the Afghan government and Taliban worked out on rules and procedure, a top government negotiator Nader Nadery said in a recent tweet, and “progress were made.”

The agenda of peace talks on issues to be covered and how to be negotiated will be discussed and agreed to after both sides come to an agreement on the rules and procedures.