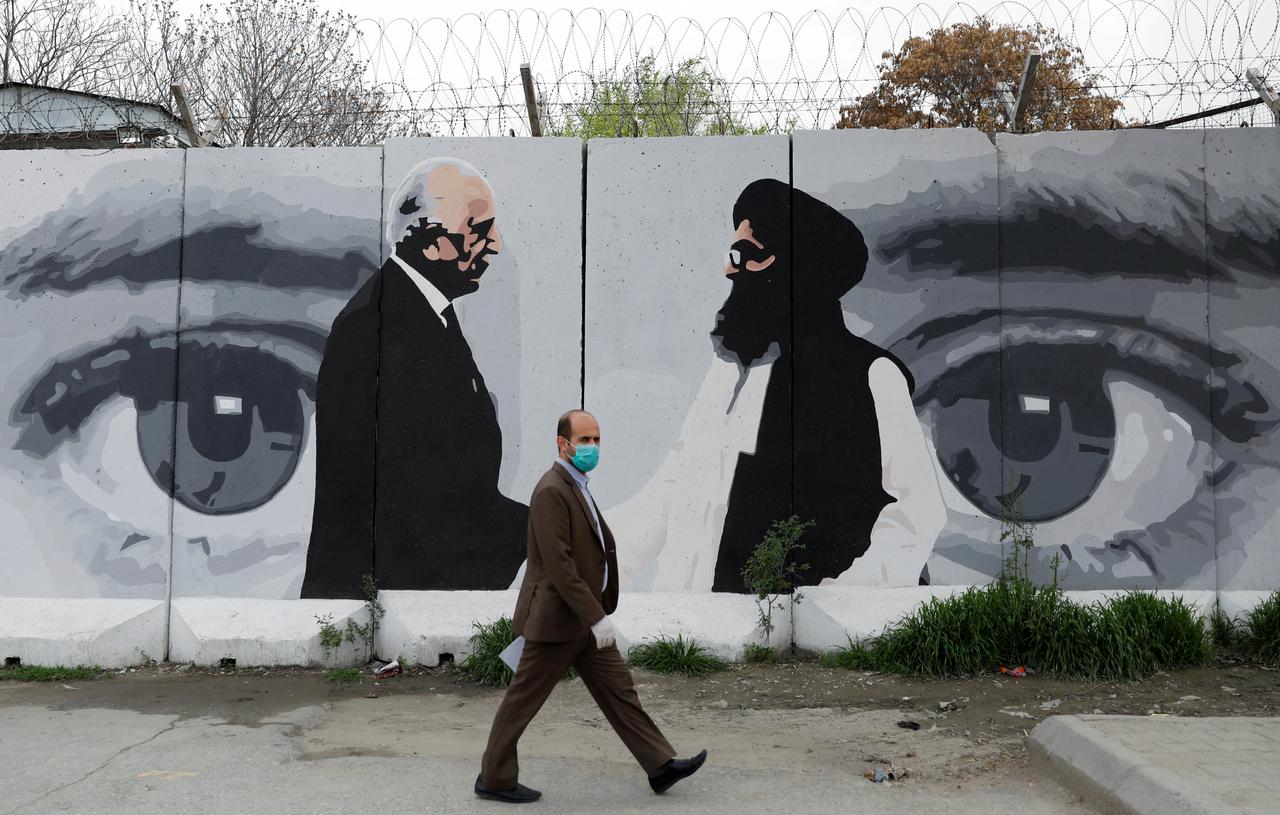 The proposal for Taliban fighters accused of conducting some of the bloodiest attacks in Afghanistan to be placed in a location where they would be under both Taliban and Afghan government surveillance was presented this week to the warring Afghan sides by top U.S. diplomats, the sources said.

The diplomats are trying to kickstart peace negotiations in Doha that have been delayed over the prisoner issue. The Afghan government is resisting freeing the final batch out of some 5,000 prisoners whose release was demanded by the insurgent group as a condition to start peace talks.

Around 400 prisoners are still in government custody, with Western allies also expressing concerns over releasing around half of those.

“The Americans and their allies agree that it would be insane to let some of the most dreaded Taliban fighters walk out freely…the Afghan forces arrested them for conducting some of the most heinous crimes against humanity,” said a senior western diplomat in Kabul.

Khalilzad’s office was not immediately available for comment on the proposals. A spokesman for Ghani declined to comment.

The State Department referred Reuters to a statement it released after Khalilzad’s visit, which said he had pressed for “ongoing efforts to resolve the remaining issues ahead of intra-Afghan negotiations”, including the prisoner release, but did not detail any proposals.

Of the 400 prisoners left, around 200 are accused by the Afghan government of masterminding attacks on embassies, public squares and government offices, killing thousands of civilians in recent years and including a huge 2017 blast targeting the German Embassy in Kabul.

Two Taliban sources and one former senior Afghan official said senior members of the militant Haqqani Network, which has ties to the Taliban, are also among the group.

On Friday, Ghani ordered the release of 500 Taliban prisoners who are not part of the group’s list.

However the two Taliban and two diplomatic sources said the insurgent group was insistent on its demand for the release of the remaining 400 prisoners on the list.

“The Taliban are adamant about their release, the only middle path is to get the Afghan government to hand these militants to the Taliban if they agree to put them in house arrest,” a second diplomat in Kabul said on condition of anonymity.

An Asian diplomat said Khalilzad had presented a range of proposals, including the option of moving them to a jointly guarded facility.

He said other ideas put forward were releasing the prisoners without publicly announcing it, agreeing to release prisoners shortly after negotiations start, or persuading the Taliban to compromise on the most contentious 200 prisoners.

Washington is keen to break the deadlock in order to deliver concrete results ahead of the November U.S. presidential election in which President Donald Trump will want to tout his success in ending the 19-year-long Afghan war.

Washington also wants to adhere to a troop withdrawal deadline reached in February with the Taliban.

“Khalilzad is really feeling the heat now,” the Asian diplomat said. “The Americans have become the constant mediators between the two Afghan sides and it’s not easy.”

Two senior Taliban members said Khalilzad had promised the group he would resolve the prisoner issue soon, and they expected the final release to take place over the Eid holiday weekend, likely Saturday or Sunday.

Suhail Shaheen, a spokesman for the Taliban’s political office, declined to comment on the proposal to hold some Taliban fighters in a jointly guarded facility.

He said the group would shortly complete the release of 1,000 prisoners it is holding and wanted the Afghan government to complete its side of the prisoner exchange.