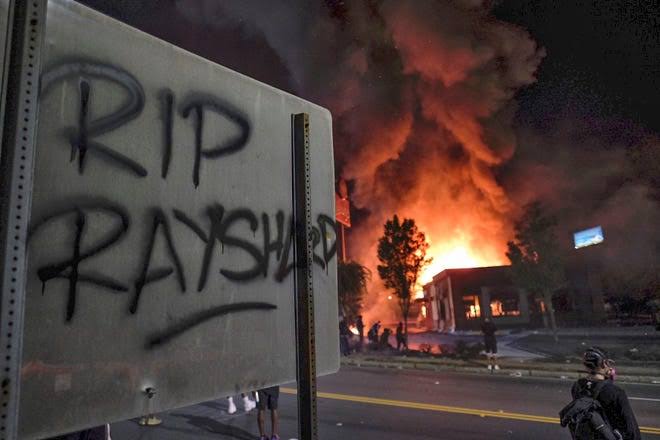 Mr. Brooks, 27, died while he was escaping from two white American police officers in a car park of a restaurant on Friday.

He died of the severe injuries and loss of blood and his death was declared homicide after an autopsy, erupting another wave of protests in the United States.

According to latest reports by world news agencies, the police officer suspected of shooting at Mr. Brooks was fired and the Wendy’s restaurant where the victim was stopped was also set ablaze on Saturday.

The death of Mr. Brooks’ came weeks after a black man was killed by police officers in a Minneapolis custody, triggering worldwide protests.